By browsing this site, you accept the use of cookies More info Hide 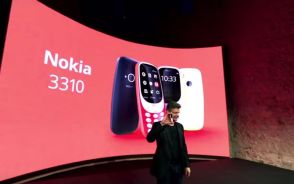 The return of Nokia has already arrived, and it has been announced at the Mobile World Congress 2017 in Barcelona.

Nokia's R+D teams have done their homework and revealed their newest 2017 mobile devices. What's more, 2017 Nokia mobile phones will be running under Android and that is, in fact, one of the best news that have been unveiled in the Mobile World Congress 2017.

Unsurprisingly, HMD Global has made an effort to announce its innovations through a series of clear examples of the functionality of its products.
Global HMD has taken control of the business and it has become responsible for all Nokia devices that will emerge in the future. Initially, the company has received an investment of 500 million dollars over the next three years with the intention of re-positioning Nokia in the market.
With the revival of this well-known brand, they have introduced a few new phones: Nokia 3, Nokia 5 and Nokia 6. These mobile terminals that have massively been demanded since their launch.

What about the design?

The new Nokia 3 features a much more sophisticated look than we are used to see in this brand. It will be available in matte black, tempered blue, white silver and white copper. Its solid polycarbonate structure and aluminum finish gives this mobile phone a delicate and innovative look.
The design of the Nokia 5 is highlighted by its aluminum body, smooth curves and a completely smooth rear shell. It is available in four colors: blue, grey, black and pink gold with a touch of matte which looks refined and elegant.
The older brother of these models, the Nokia 6, is also known by its aluminum unibody and its curved presence. It will be available in matte black, copper, silver and blue. In addition, there is a limited edition in Arte Black, a fifth available color (glossy black) which will also include a change in its internal specifications.

What operating system will they run?

The new Nokia terminals with Android operating system will have the latest security updates launched by Google. The three models above will feature Android Nougat 7.0 and Google’s assistant, Siri’s main competitor. Thanks to the agreement between Nokia and Google, users will be able to enjoy the new features of this operating system, which will be a completely clean system.

Nokia has decided to resurface in the smartphone sector, but started strong. With the launch of four new models, including the Nokia 3310, the company aims to conquer back the market.

With that purpose, Nokia has built very competent smartphones, which are in line with the other mobile companies that dominate the market. Also, taking advantage of the fact that it still is an iconic brand, they have decided to conquer the market at an international level.

Get in touch with us now and get your free quote!

We will come back to you within 24 working hours.